Plant a tree in memory of Marian
An environmentally-friendly option 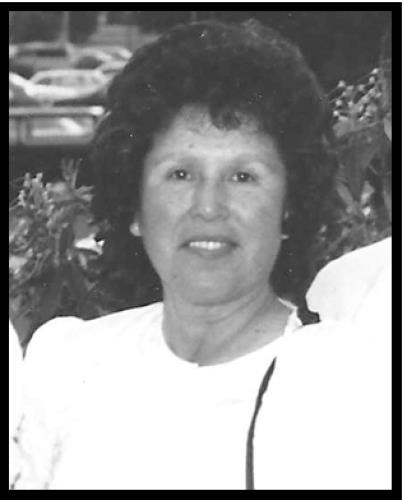 Marian Mae McLaughlin was born on September 22, 1933 to the late Annie and Leo Nix, Sr., in Weitchpec, CA. She began her journey home on May 30, 2021 in the comfort of her home surrounded by her great niece and great nephew. She was an enrolled member of the Yurok Tribe. She was raised on the Klamath River in Weitchpec, CA. She was the second eldest of six. She attended Weitchpec Elementary School and graduated from Hoopa Valley High School.

In Hoopa, she met the love of her life Delmar McLaughlin at a dance and the two remained inseparable. On June 15, 1955, Del and Marian were married in Ashland, Oregon at the County Courthouse with the cab driver as their witness. They made Eureka their home. After her husband contracted tuberculous while serving in the Army, he was medically discharged and treated at the local County Hospital. Marian helped to nurse him back to health and that experience influenced her career as a Medical Aide. She earned her certificate at College of the Redwoods, worked and later retired from General Hospital after working over twenty years. After retiring, her and her husband invested and founded in Del McLaughlin Properties in which they would purchase, manage, and rent homes and apartment complexes.

After Del was encouraged to take up golfing by his friend and former supervisor, the late Stig Strombeck. After that the couple both caught the, "golfing bug." An avid golfer; she was a lifelong member of both Baywood and Bigfoot Golf and Country Clubs. For the next few decades they spent their time traveling throughout the country competing in golf tournaments; winning a countless amount. These tournaments took them as far as Scotland, Florida, Arizona, and Hawaii. She was the Baywood Women's Golf Club Champion and was installed as the captain of the association in 1985. She retired from the game with a record of six hole-in-ones.

Marian spent her time off the golf course hosting parties, cooking and baking. Pies were her specialty that she learned to bake from her mother-in-law, Rose. She was the epitome of class and elegance. She was sweet, kind and always thoughtful. She carried a smile that could always put one at ease. She was a rare combination of someone who had a love of life and a firm understanding of what was important-family. She and her husband helped her youngest sister-in-law Dolly, raise her three sons. They too—helped in raising their great nieces and great nephews.

A special thank you to those who helped to bring Auntie home, the staff at Hospice of Humboldt, her faithful neighbors, her dear friends Carol Davis and Betty Partain and her care provider, Antoinette Skiles. Services and internment shall commence on Friday, June 11, 2021 at 3:00pm at Ocean View Cemetery in Eureka, California. Reception to immediately follow at Shamus T-Bones. Service arrangements in the care of Humboldt Cremation and Funeral Services in Eureka, California.

Plant a tree in memory of Marian by clicking here.
To send flowers to Marian's family, please visit our floral store.

Plant a tree in memory of Marian
An environmentally-friendly option

Plant a tree in memory of Marian

1 tree planted in memory of Marian

A Memorial Tree was planted for Marian McLaughlin

Plant a tree in memory of Marian